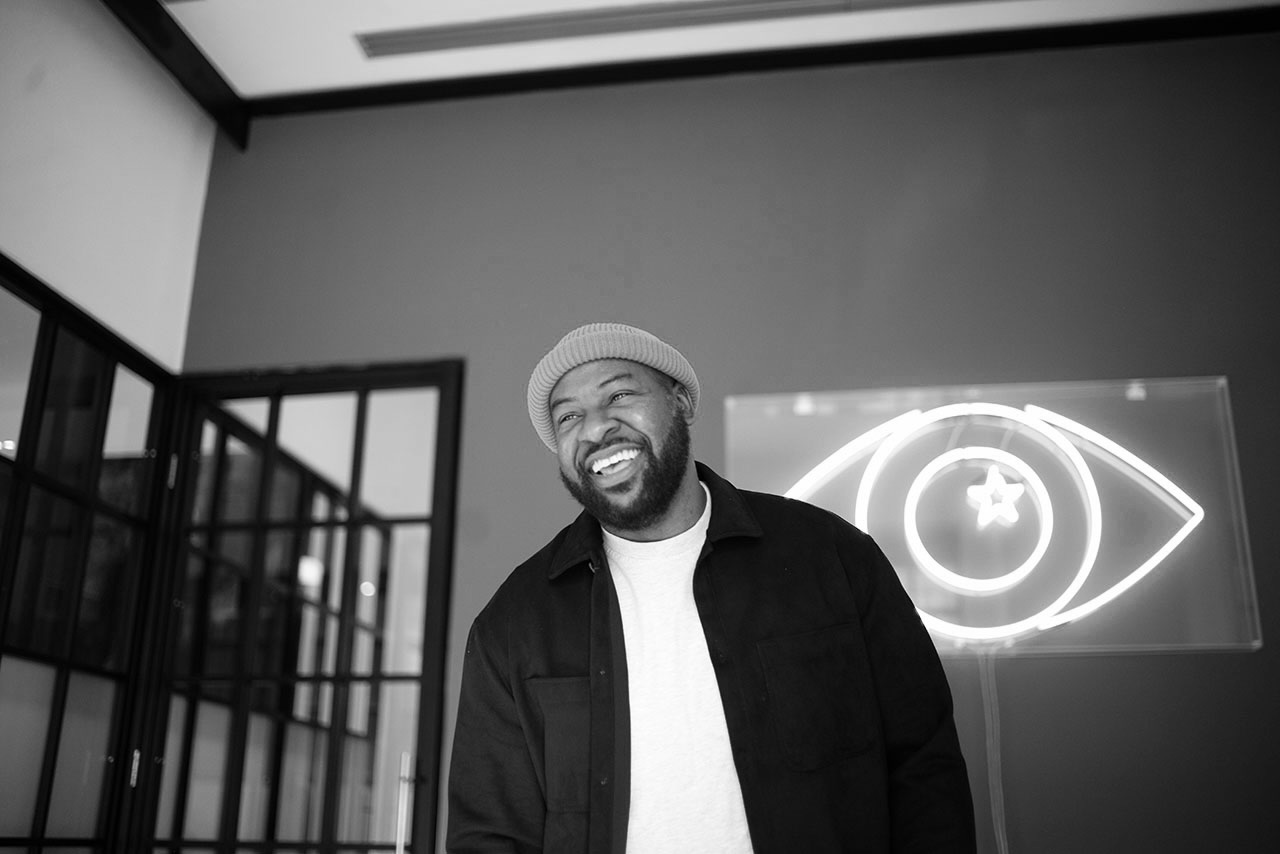 The black, white and red handwritten logo is set to change over 100 days. But instead of designers crafting the variations, it’s down to 100 early Peepl users to interpret the logo. They will then own the logo as an NFT and Peepl will rent it from them.

Peepl is an app-based financial system, funded by the Liverpool City Region Combined Authority, which aims to use blockchain technology to support the local economy.

Inspired partly by local currencies – such as the Brixton pound – Peepl provides rewards for customers based on their transactions. Because it’s built on open source technology, transaction fees are less expensive, its founders Leon Rossiter and Zarino Zappia explain.

“We want to make sure local communities aren’t left behind when it comes to the next generation of financial products,” they add.

“Taking a traditional logo design brief and changing it up to offer an ownership structure is what CX is all about,” says Uncommon CX creative founder Ez Blaine.

For Blaine, the logo launch is a way to convey Peepl’s “philosophy around community”. “Usually the biggest thing that a corporation holds onto is its logo,” he adds. “So let’s break that up.”

He adds: “Most brands jealously guard their logo with an iron first, but Peepl is literally giving it to its members.”

Peepl is inviting 100 people to put their own spin on the logo. After they’ve contributed a hand drawn NFT, Peepl will rent the design from them – and in the process, people will be given a share of the profits.

Uncommon CX is also responsible for Peepl’s wider branding which is inspired by activist imagery, such as protest posters, explains Blaine. The idea for the logo variations emerged from here.

One of the challenges of the project was balancing parameters to keep the logo variations recognisable but allow enough freedom to explore, explains Blaine. It was a challenge for designers who are usually “very precious” about design details such as kerning and brand guidelines, according to Blaine.

The red dotted line, height and some of the margins provide a constant throughout the logo variations. “We had to give people enough space to work in, but if you squint, it would still feel like it was part of the Peepl logo,” he adds.

At a trial event for Peepl, Blaine said that users were receptive to the design challenge. “There’s an opportunity for people to devolve into their childlike self,” he adds, no matter their drawing capabilities.

Blaine makes a comparison with the designer of the Nike Swoosh logo Carolyn Davidson, who was paid $35 for her design at the time. “Imagine if you did this Peepl logo in 2022,” he says. “It could be part of an inheritance package for your kids.”

The rich text element allows you to create and format headings, paragraphs, blockquotes, images, and video all in one place instead of having to add and format them individually. Just double-click and easily create content.

How to customize formatting for each rich text

Headings, paragraphs, blockquotes, figures, images, and figure captions can all be styled after a class is added to the rich text element using the "When inside of" nested selector system.

The Making of Britain Get Talking

The Year Ahead x Natalie Graeme

Why CX is The Next Creative Frontier